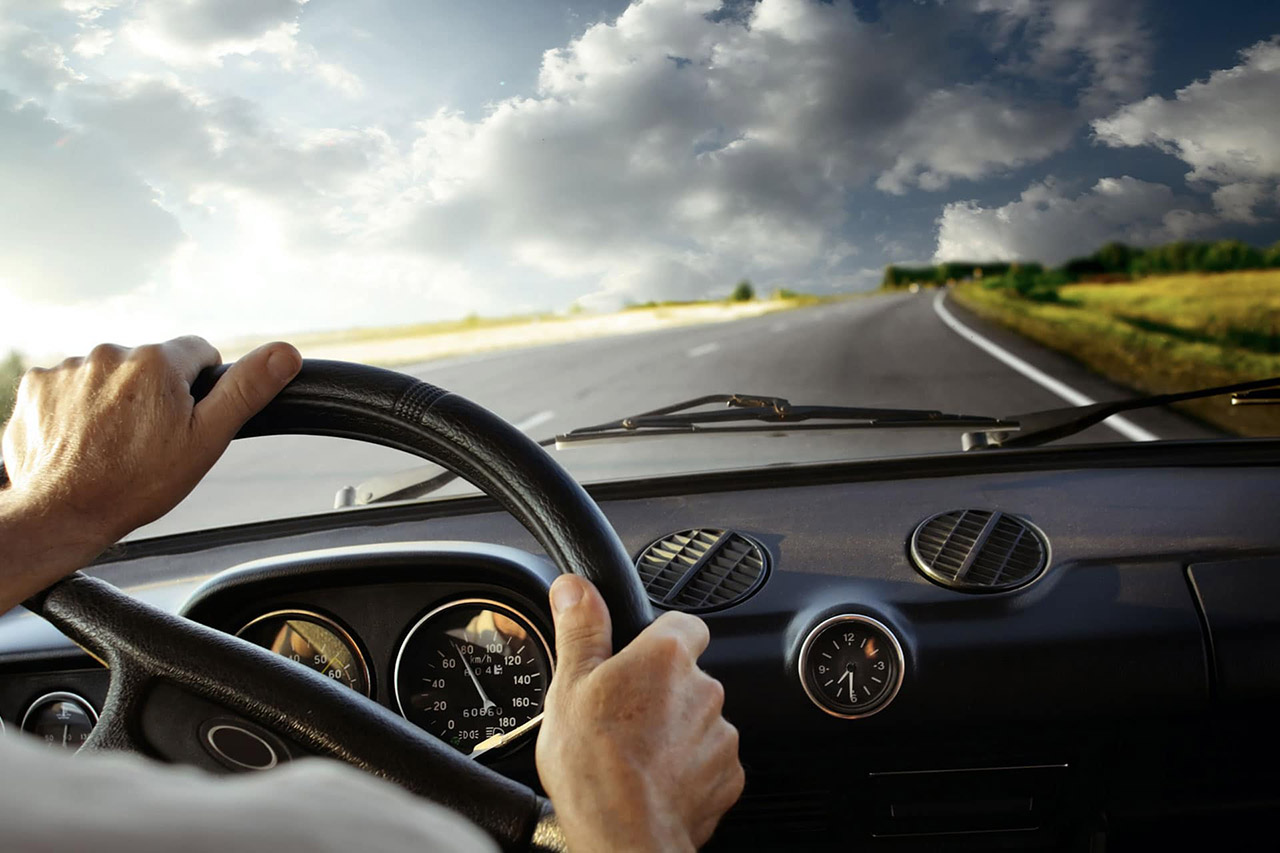 Another in our series of Founder Interview this time with Amit Sachdev. As an app and web development agency a significant portion of the work we do is focused around supporting upcoming startups as they build their product and launch it to market.

Despite a great deal of hype, startups are actually one of the harshest businesses you could choose to get into, with conservative estimates putting the failure rate at 90%. Given this sobering statistic, it’s always inspiring to chat with a founder that made it past that critical milestone of actually getting a product to market.

Earlier this week we had a heart to heart chat with Amit Sachdev, founder and CEO of Strollguam.com, to learn from him how this first year at the helm of Guam’s pioneering ride-sharing app has played out.

Amit was born and raised on Guam. His family immigrated from Bangkok in the early ’80s, and since then his parents have established a number of successful businesses on the island. Despite perhaps a natural inclination to prefer seeing Amit enter one of the family’s enterprises, Amit’s mom and dad have always been supportive of his dreams and choices. With a DJ career that launched when Amit was only twelve, those started manifesting at a very early age…

Following his childhood dream to join the music industry, Amit got a bachelor’s degree in recording arts in Los Angeles and has since established a successful career as a certified audio engineer. Early in 2010, he joined CEO Dev Tejwani in founding TeamBackpack.net – One of the web’s foremost hubs for showcasing underground Hip-Hop artists. The team arrange annual events in LA and pump out new releases to Youtube weekly. The business acumen and online marketing savvy learned from Teambackpack have been fundamental to Amit’s success with Stroll so far. Unsurprisingly perhaps, research into startup success and failure have repeatedly found entrepreneurs embarking on a 2nd venture are less likely to fail as those getting on the bandwagon for the first time.

Motivated To Make a Difference

The motivation to launch Stroll was grounded in Amit’s deep commitment to bettering his home community, specifically by introducing to Guam the spirit of innovation he experienced in LA. Ride-sharing was an easy choice because not only was the island’s population poorly served by existing public transportation, it would also clearly help support the tourism industry, Guam’s primary source of income.

Amit feels launching Stroll has further importance insofar as it’s the island’s first home-grown startup – “Doing this sets a precedent that will serve to inspire others in the community to follow with innovations of their own, and that’s something that’s important to me.”

Amit was first introduced to ride-sharing in LA when a friend recommended Uber as an easy option for spending a night out, without the hassle and worry of driving a car. “The experience was a real eye-opener, insofar as the convenience and opportunities it presented” he shares. Amit signed up as an Uber driver and spent three months researching the ins and outs of the platform, with the intent of eventually bringing the concept back home. “I knew it would take years for large operators to come to Guam because it represented such a small market, but I also knew something more – The Island needed it…” he says.

Getting Feedback on the Idea

Amit first took his idea of launching ride-sharing back home to Dev, his partner in Teambackpack, to get some initial feedback and ideas – “I have a great deal of respect for what he did with Teambackpack, and even more so after we launched our events in New York, which in the world of Hip Hop is a sign one has truly come of age”. It was on Tejwani’s recommendation that Amit opted to use his Thai heritage to his advantage, and develop the app in Bangkok, thus saving greatly on the costs involved.

In August of 2015, Amit travelled back to Guam to pitch the idea to his family. Armed with a decently fleshed out plan, and the experiences he had gained at Teambackpack and Uber, he got both his parents’ support. It was this support that smoothed the way for transforming Stroll from a dream into a reality. It was an easy pitch, not only had Amit already done all the groundwork and research, ride-sharing was all the rage in the news, and it was clear if they didn’t capitalize on the opportunity quickly, someone else would.

Far from letting the sudden influx of cash go to his head, Amit built up the business conservatively and carefully, entering obligations and assuming responsibilities as he progressed according to the milestones of his plan. A strategy he still adheres to, and one that serves him well in his relations with clients, providers, drivers, and his investors.

When pushed for further fundraising tips Amit stresses the importance of approaching close contacts whose business acumen you respect. “Listen to their judgment Not only are they in your corner but if they like your idea they’re likely to bring in their friends to support you as well,” he says.
“I was lucky – In my case, it only took a month from the moment I first introduced the idea to my family, until I’d generated the trust needed to secure all the funding necessary to launch Stroll from the investors they brought on board” he adds.

We asked Amit about his outlook for future partners, if at all. Here too his approach is pragmatic and balanced – “Any new partners would have to already be experienced at the juncture of the automotive industry and app technology. If or when another person is brought on board, they would have to add enough to the body of knowledge we’re building to take us to the next level.”

The Real Startup Life – It’s all About Operations and Motivation

The day to day responsibilities of managing Stroll is far from trivial. It’s a heavy burden for only two people to carry, but Amit gives a genuine impression that he takes it all in stride – “I start most days looking at the data from the day before. How many rides came in, how many people joined, how many drivers signed up, and what our Facebook engagement numbers are like. We’ve had 400 people sign up with their credit cards since we launched. That’s already 1 in 1,000 of every man woman and child on the island, so I’m happy with how things are looking.”

Amit dedicates his afternoons to meet up with potential partners in the community – “Everyone is very receptive. Today I’m meeting a company that does prepaid phone cards to see how they can be involved in helping us facilitate rides for folks who have no debit or credit card. I met various tourism operators often. They all see how this can contribute to their business and the community. It’s very encouraging.”

When asked what are the biggest challenges he feels Stroll faces, Amit has little hesitation – “The biggest challenge we have right now is on-boarding drivers. This was something I’d expected. People are sceptical about being a driver, so we’re spending significant resources on our education outreach efforts. It’s here I feel the experience with Teambackpack is really giving us an edge.” Future plans include forging a partnership with Guam’s university to gain access to the student community, for whom driving can be an ideal way to earn towards tuition fees on their own schedule, and for whom Stroll represents an excellent internship opportunity.

We asked Amit what, in hindsight, he would have done differently, and with typical openness, he shares – “I would have started educating the market even earlier than I did. In hindsight, I should have started that effort 2 months earlier. At the time I was thinking it would be too hard to talk about something that wasn’t yet tangible, but I could have done more. It’s all good though – Generally speaking, things are going according to plan, and I’m happy with our progression.”

As the interview winds down we ask Amit about his inspiration and influences – “I look up to Mark Zuckerberg and Elon Musk – People who are leaving a legacy of positive change. I want to do the same for Guam – I believe that going down that path, all the details of operations and revenue will take care of themselves.”

Amit’s tips for anyone thinking of going down the startup path are simple and honest – “The main thing is you must have complete focus on what you’re doing all the time – it’s a 24/7 commitment. You need to be ready to take calculated risks – But the key is to have data supporting your assumptions. And lastly, you need to believe in yourself and find ways to re-motivate yourself whenever you feel a dip in your confidence. It’s funny – A while back I was the guest of Master Random podcast. Whenever I feel I’m losing motivation – I listen to what I said and remind myself I have to look at the mission holistically. If everyone else is listening to me for inspiration – surely I can believe in myself!”

Please check out our other founder interview here